Posted on August 06, 2014 by Carsten Zimmermann

We’ve been busying ourselves with the final touches on our Grand ABSOLVENTA Relaunch recently. It’s been done in the record time of only seven months and we dare say: we’re quite proud of it.

While a full visual overhaul was certainly due, the initial spark for a relaunch came from a backend perspective: ABSOLVENTA’s Rails codebase dates back to 2007 and as with every bigger piece of software, it has its Dark Corners™. It has unquestionably accumulated a nice heap of technical debt over the years.

After the initial planning phase, we kicked it off in December 2013 with a few but significant changes and additions to our tooling: we finally moved to Github completely (that alone felt awesome!) and added Travis CI + Code Climate.

The latter was a key element to achieve what we set out for: finding our weak spots. We wanted to dissect them one by one, streamline the processes involved and then piece them together again like you would with a set of Lego© bricks. Or simply delete them … which we did a lot.

At last, we launched in the evening of July 14th, everyone still high on emotion after Germany’s winning the Worldcup the night before. Naturally and following an old ritual, the occasion was celebrated with a round of home made White Russians: 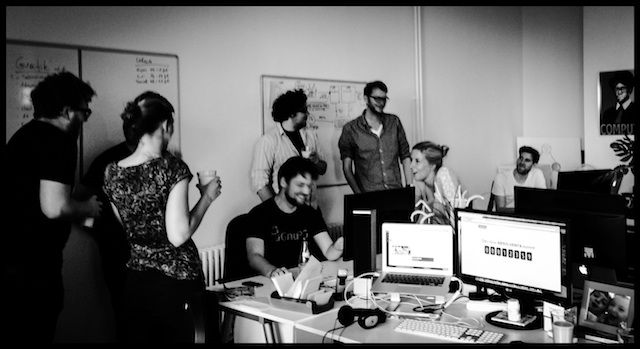 Everything went smoothly and so our faint anxiety and residual doubts that going on a team event with the entire development team only three days after a major relaunch might not be the brightest idea quickly vanished in a puff of smoke.

We had a great time spending a whole day on the river Spree on the outskirts of Berlin and in hindsight, this was a true conclusion of a goal that has driven us for the first half of the year but only marks another start: improving our codebase will of course continue. Fighting technical debt is a perpetual thing. Panta rei – everything flows. Like we did on the river. OMG a pun! 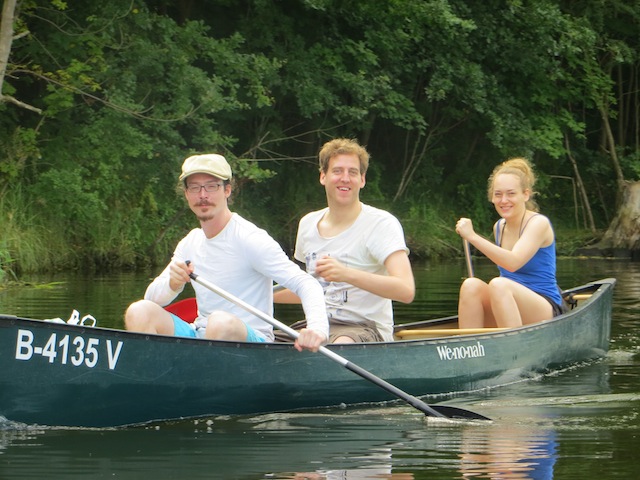 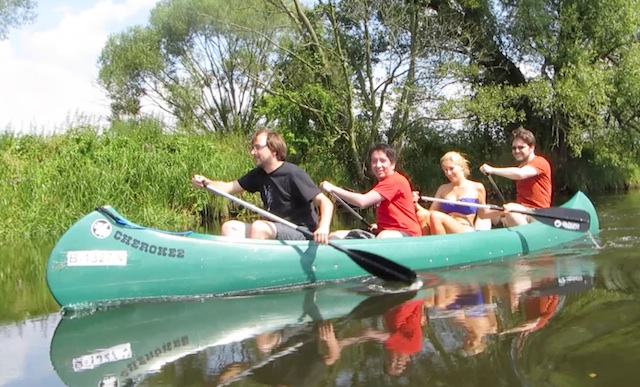